The series titled ‘Ornithology’ was created sporadically over a period of five years between 1994-1999, and foregrounds this symbolism through the technique of staged constructed tableaux orchestrated before, and recorded in front of, a large-format camera.

These constructed works use the foil of ornithological painting toward a symbolic narrative concerned with the social landscape of Scotland during that time. Also the role of art/photography, and creativity, within that milieu; that is, social commentary presented within a kind of ‘urban Audubon’ visual style. Whilst often dark in tone, dealing as they do with contemporary fragility, the works contain a seam of humour and adopt a style of painterly vigour to lighten the tone. 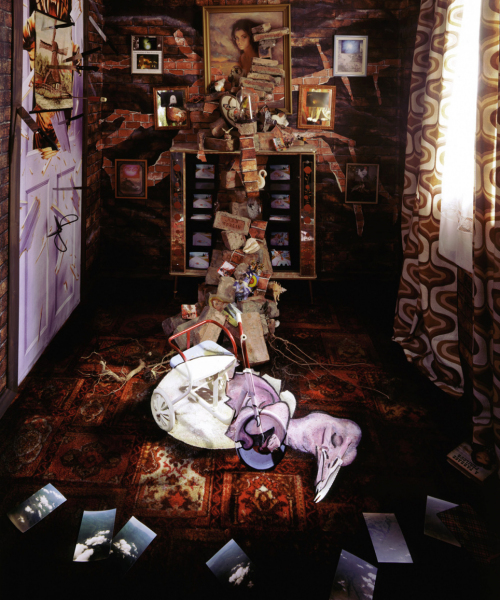 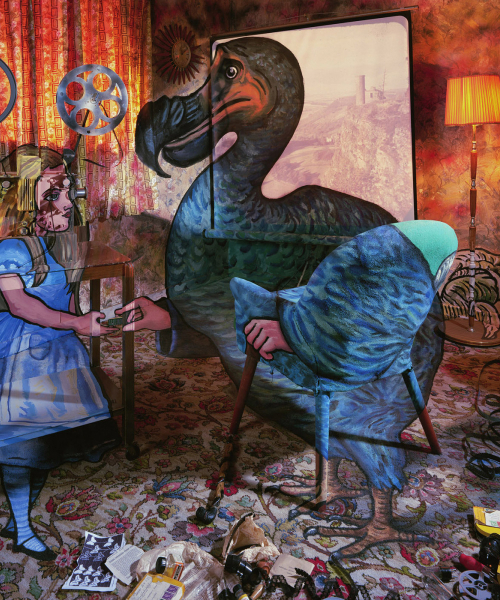 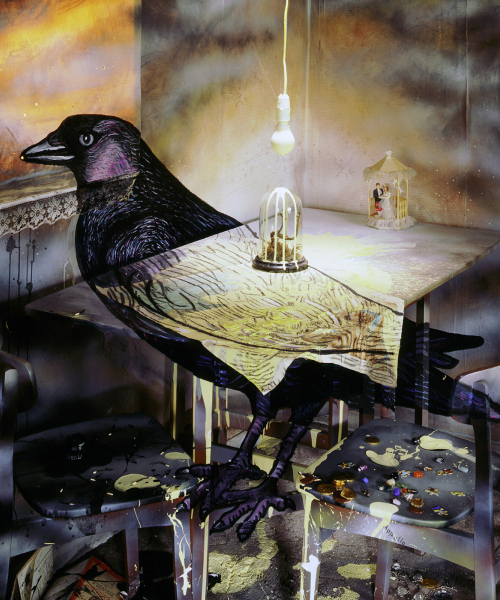 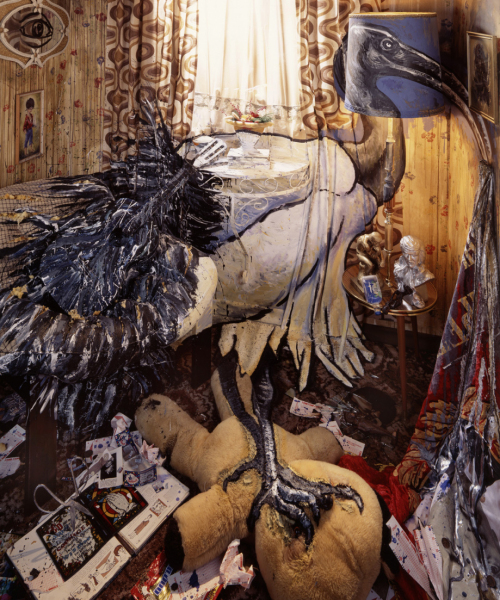 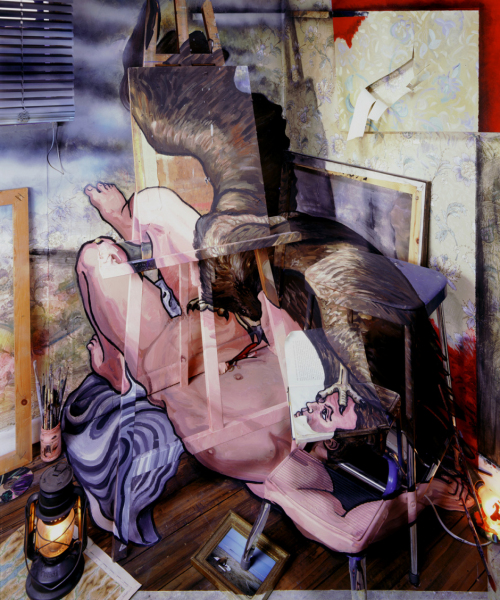 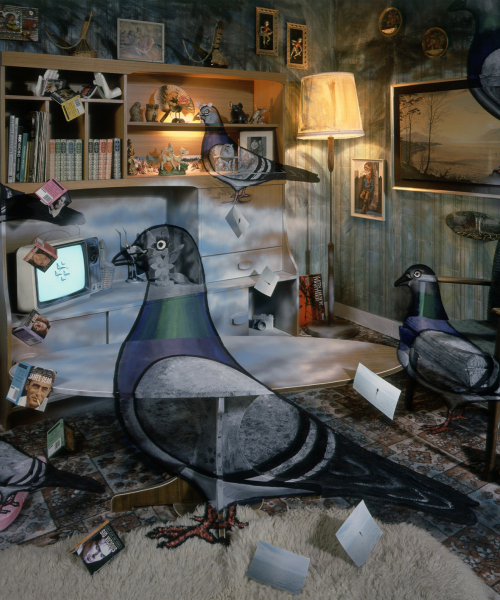 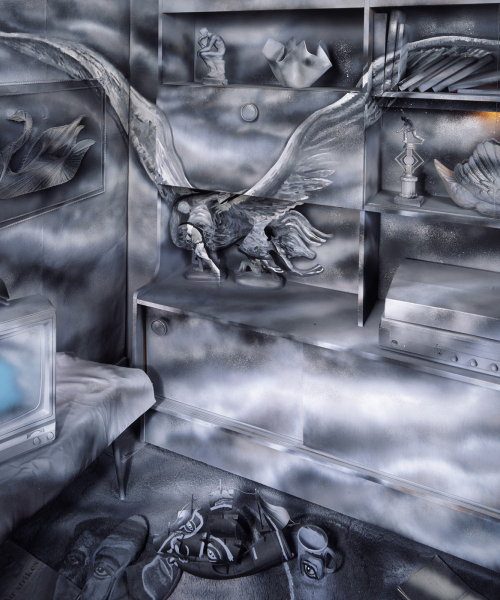 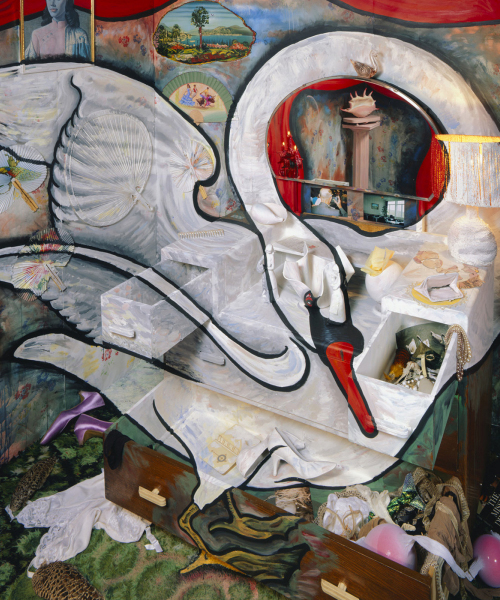